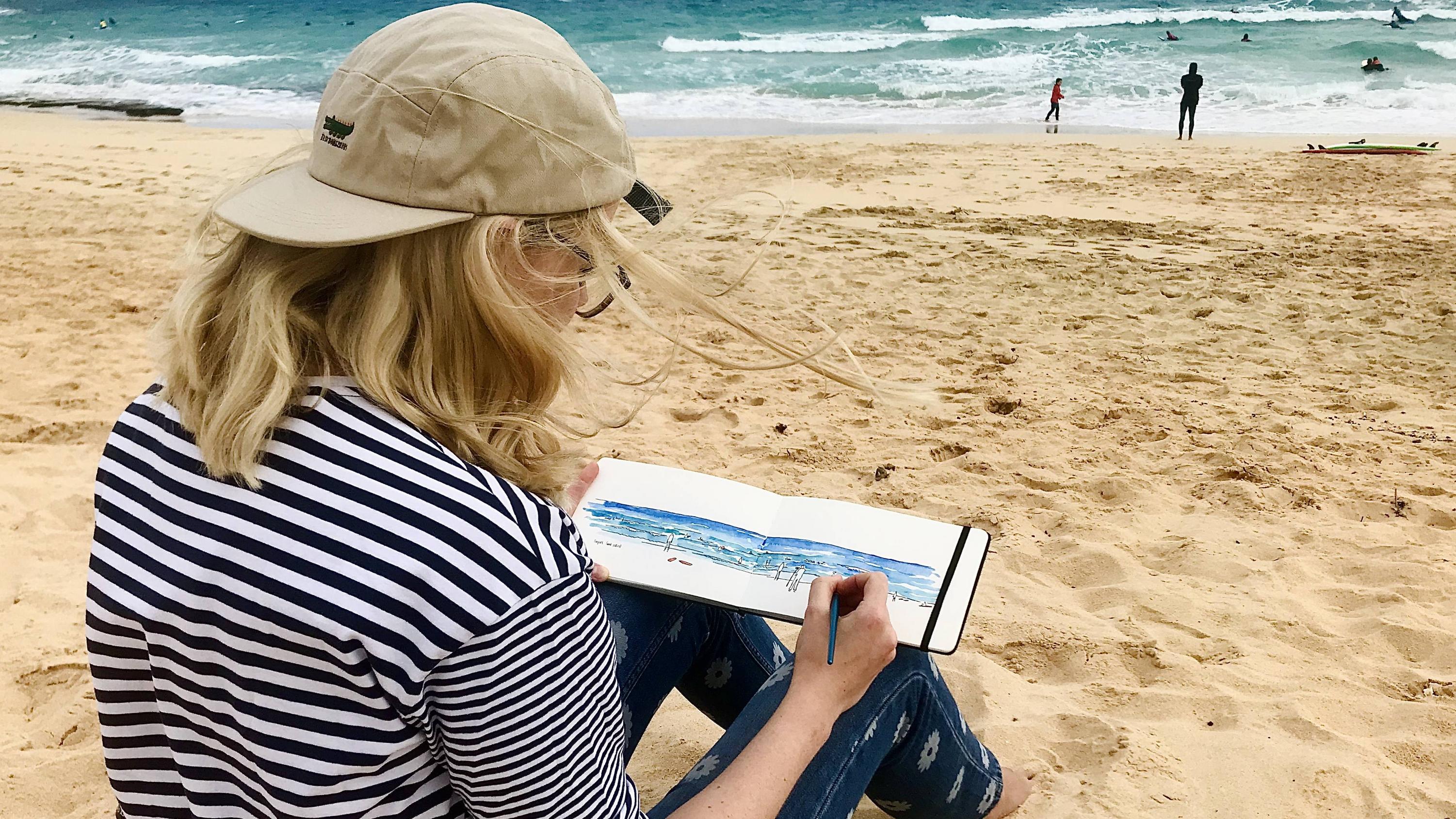 Though it was unnamed for years, the project that became draw the line first reared its little head in 2014, on a trip to Florence. Whilst we wandered from piazza to duomo to gelatoria, my infinitely talented travel companion sketched her way to semi-stardom with the locals we encountered. Whenever she drew, hordes of mild, crinkly-eyed Italian grandpas huddled around her, puffing out their moustaches and exclaiming as their tomato markets and espresso cafes became enshrined in ink and watercolour. Naturally, I grew quite jealous of it all. I decided to try my luck.

I was a long way off crowd-gathering. But there was something very *good* about this sketching lark so I pressed on long after the holiday came to an end, and in spite of a questionable grasp of perspective and technique.

A few years later, I found that I was drawing and painting nearly every day, whether perched on a city curb or on a little rock in the middle of nowhere. All of a sudden, it seemed, my sketch book had become my most trusty comrade because it allowed me to commemorate and celebrate special moments and spaces. But more than that, the pictures I was making were themselves special: one-offs, alive with the moment of their making. So while it’s fair to say that my fine art skills hadn’t really exceeded their wonky beginnings, I had begun to realise that my work could embody its own kind of fineness.

Eventually I put a name to my sketching project and, as draw the line, the whole thing crystallised into something a touch more ambitious. Now, I have the joy of painting for other people - of making something special out of their moments and spaces. It’s not quite the crowds of Italian grandpa’s that I was after. But it’s not bad. 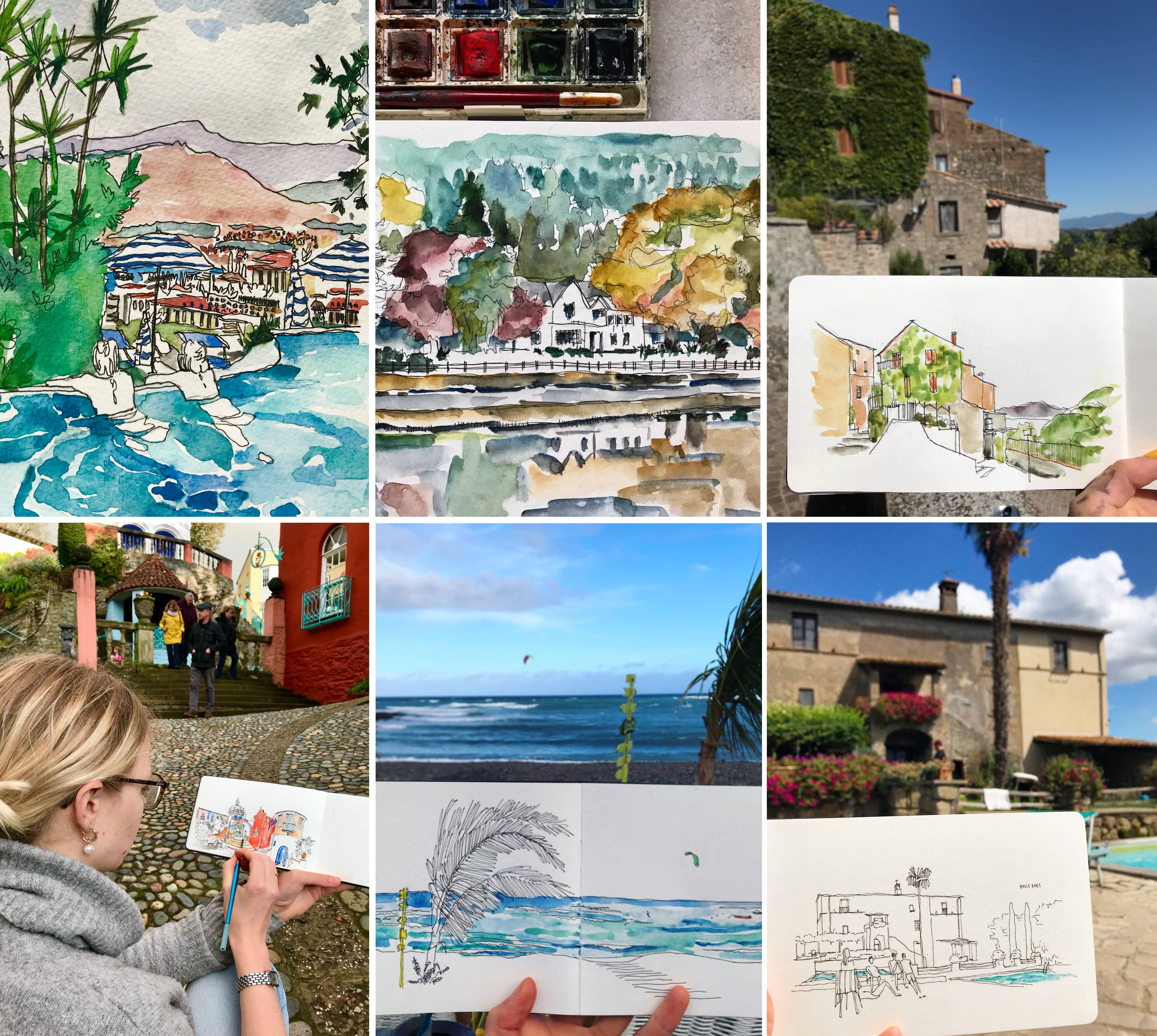